Could the land of milk and honey save the world's bees?

Across the world, the vital insects are dying out, but Israeli innovation offers hope of a cure 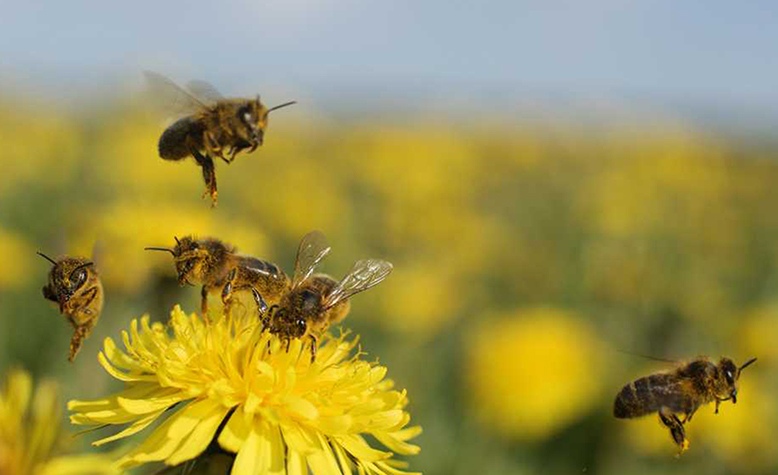 Sustainability has become something of a buzzword over the years, and for good reason. Without making some swift, fundamental changes to the way we produce food, we are paving the way for a future of increasing insecurity. Fortunately, in true Israeli style many start-ups are working with great creativity to combat this.

Let’s go back to that buzzword. Leading the hive is Israel’s growing innovation in the way we treat bees and the subsequent honey industry.

In 2019 a team of 12 Technion students, from six different faculties at the university, won a gold medal in MIT’s International Genetically Engineered Machine competition for their development of vegan, bee-free honey.

Replicating the protein from a synthetic bee’s stomach which, combined with plant nectar, produces honey, they succeeded in manipulating and reprogramming the required bacterium for the natural process in a lab.

Since then, the team (led by a CEO and CTO both coincidentally with the surname Dvash, meaning honey) has blossomed into a company: Bee-io. Not only can they create different versions of honey from different plants — including even a coffee plant — but they can do so without compromising the wellbeing of bees.

That is a pretty big step in securing an environmentally-friendly future. Indeed, the bee population has been steadily declining in many parts of the world for many years, including Israel. And when you consider its brand name, you can appreciate why the Land of Milk and Honey is fighting so hard to change things, and managing so successfully.

Israel’s 529 licenced beekeepers, tending to 120,000 hives, only produce around 3,500 tons of honey per year. Yet the average Israeli consumes 600 grams of honey, meaning there’s a shortfall of approximately 1,000 tons which must be imported.

Israel is a tiny country. But held up against the rest of the world, a devastating picture begins to emerge. Bees are responsible for pollinating more than 75 per centof the world’s food crops and 35 per cent of global agricultural land, yet only seven out of the 20,000 species of bees are honey bees. This means they’re overworked, weakened and susceptible to viruses, which is killing them off. Fortunately — and somewhat incredibly — Bee-io can produce three tonnes of honey each week and do so without harming a single bee.

Another Israeli start-up, Beewise, created the world’s first autonomous beehive that can house up to 40 bee colonies (a total of two million bees) and take care of them using a robotic solar-powered device. With the help of AI and computer vision, the app can then calculate necessary data, such as pollen flow, the amount of honey harvested and any problems as and when they arise. This ensures a far more efficient production than traditional methods which, requiring extensive manual labour, mean the beekeepers might only get to the hives once a week, leaving the bees susceptible to pests and disease.

The list goes on and on. Edete Precision Technologies offers a two-stage artificial pollination service that resembles the natural work of bees; BeeHero develops sensors to be installed inside hives to predict possible disorders and address their colonies’ health in real-time; and ToBe developed the Hivemaster, an automated device that protects against the parasitic varroa mite, which infects honeybees with dangerous viruses.

And it’s not only honey that’s getting an environmentally-friendly makeover. At the end of last year, students from the Technion won first prize in the European Institute of Innovation & Technology Food Solutions Project for a vegan labneh (a cheese-like spread) made from fermented oats and dietary fibre.

Graduate students at the Biotechnology and Food Engineering Faculty also won first prize in a European Food Contest after developing the Algalafel, a new kind of falafel using ingredients like spirulina, which is an algae, seen by many as a solution to food insecurity and malnutrition.

Meanwhile, another start-up, Plantish, decided to address the stark reality that we are simply running out of fish in the sea. Globally, one million people rely on seafood as their primary source of protein and there’s a real fear that we may entirely empty the oceans in just a couple of decades. Plantish has managed to design a printer that successfully copies fish molecules, using algae extract from plants. They have created a salmon fillet — filled with omega-3s but free from mercury, microplastics, antibiotics and cholesterol — said to be on a par (if not already better) than the real thing. They’ve done so without using a single fish.

It may not be new, but it seems that we still have Israel to thank for saving the world, one incredible innovation at a time. And I have a feeling that they’re only just getting started.