How Oracle’s AI is being used as a bee-con of hope for our world. 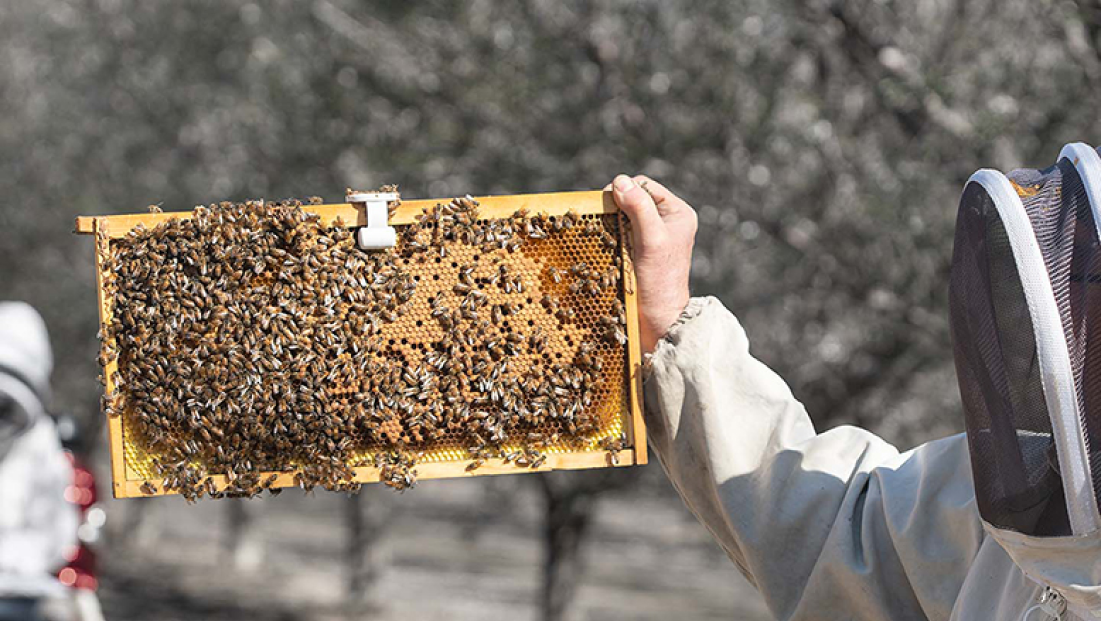 The importance of the bee population has been buzzing for years, and pundits point to their impact as anything but small [1]. In 2014, with the pollinator population declining, the executive president of The World Bee Project was perplexed with how to quickly change the declining statistics. At the time, there was little coordination on honey bee data on a global scale, and fragmented sources meant information was not being shared effectively and thus thwarting the organization’s efforts.

One third of the world’s food production depends on bees and the amount of crops that depend on pollinators (i.e. fruit, vegetables, seeds, nuts and oilseeds) has tripled over the past 50 years. Moreover, according to the Intergovernmental Science-Policy Platform on Biodiversity and Ecosystem Services, the annual global production of food that depends directly on pollination was worth between $235 and $577 billion. If the pollinators aren’t alive or healthy enough to do their job, our global crop production, food security, biodiversity, and clean air is in peril.

In an attempt to better tackle the problem, the World Bee Project set up an intriguing collaboration with Oracle and created the Global Hive Network. Artificial Intelligence (AI), machine learning (ML), data analytics, and the Internet of Things (IoT) power the network to generate solutions to wider issues of biodiversity, climate change, food security and human wellbeing. As the world’s first globally coordinated honey bee monitoring initiative, the intent was to have the Global Hive Network act as a central location that beekeepers, researchers, governments, and organizations could tap into in an effort to reverse harmful trends.

How It All Works

Hives are fitted with a range of sensors (a combination of off-the-shelf and custom-built) that monitor the health of a hive. This includes weight, acoustics, temperatures, humidity, and bee traffic. The sensors send the information it collects to the Oracle Cloud where it is combined with existing publicly available data. AI and analytics are then used to look for patterns or anomalies in bee colony health and infer (and at time even predict) overarching problems in regions around the world.

The technology has proven to be powerful in action. For example, acoustics built into the hive sensors pick up on the sound of the wings of a hornet, a major threat and predator of bees. Leveraging this data, the AI automatically filters the different sounds made by the wings of a hornet in comparison to bees and if a hornet’s is detected, the system alerts bee keepers to the threat to verify and act upon.

The AI is also being used to combat swarming issues. Swarming, a natural process, is when roughly two thirds of a colony leave the hive to start a new colony. However, it becomes a problem if bees are swarming at the wrong time of the year due to threats from predators or disease. Using predictive intelligence, the project’s AI uses analytics to visualize the acoustic humming data and detect the “swarming hum” as early as three weeks before it takes place. This helps protect colonies, uncovers regional problems, and adds to a deeper understanding of migration behaviors.

Students, researchers, and even interested citizens are encouraged to interact with the data, work with it through the Hive Network’s open API, and discuss it via chatbot, ultimately engendering newfound synergies on the platform and broader community.

One of the project’s initial challenges was understanding how to reconcile fragmented data. A common problem faced by those looking to deploy AI and ML, there was originally little coordination as to how all the data was being shared on a global scale, and the project faced issues with amalgamating types of data from around the world for comparative purposes. Oracle was thus tasked with training data sets for needs ranging from image and pattern recognitions to understanding telemetry and graphs in order to set a benchmark and foundation moving forward.

Additionally, the company faces issues with rapidly scaling the effort. While there has been an increased worldwide adoption, the outfitted sensors require maintenance or even custom-fitting. The educational layer of the network adds complexity as bee keepers and farmers require understanding the types of data received (telemetry, sensory, acoustic,, image, graph, etc.) knowing that the real-time information would inform actions and solutions.

In an attempt to expand protection efforts and consumer involvement, Oracle’s Blockchain Solution is now integrated to help validate data for quality and consumer goods traceability. The compounding issue farmers and suppliers are trying to tackle? “Honey fraud” (fraudulent honey made with syrup).

Oracle’s blockchain technologies helps capture, store, and share information to guarantee that honey and other pollinated produce come from ecologically sustainable sources (transparency for the supply chain network of honey). In combination with AI, data collected shows meta data from from the type of bee used in the production for traceability reasons to how many days it took to make the honey, and beyond. This data, when aggregated with the Hive Project’s central database, feeds into the World Bee Project’s efforts to support farmers, supply chains, consumer demands, and sustainability trends.

The sensor-based technologies are now also beginning to be tapped into and applied in broader agricultural ways.

Additionally, alternative industries and use cases present a golden opportunity for Oracle. For example, the acoustics analytics are beginning to be piloted for engineering and structural purposes by way of integration into in pipes, buildings, engines, and more. The power behind Oracle Cloud’s ability to split apart important information from the vast amount of data amassed, highlight individual problems quickly, and potentially predict where faults are going to happen is a valuable alternative to the existing dependence on more expensive sensor infrastructures.

As cloud computing increases and the integration of data becomes table stakes for industries across the globe, the World Bee Project’s partnership could act as not only a template but a bee-con of hope for how AI, data and ML can help solve some of the world’s most pressing concerns.